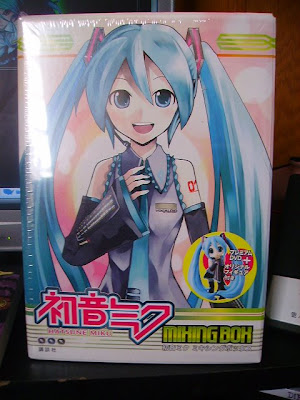 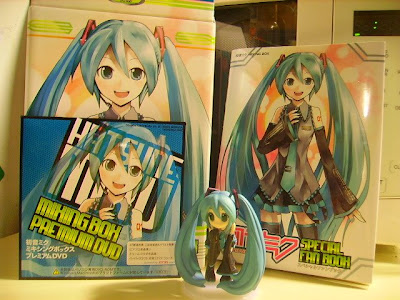 Yesterday I received an impulse buy from J-List, which I believe was a bit overpriced but I couldn't resist. First time I've used SAL too. I remember a while back when I saw a bunch of figures from Wonfest that I wanted to get if possible, and if I'm correct I posted a picture of a very cute Miku figure. Well I found out where she came from and when I saw it for sale I had to do it. The contents of the mixing box include the figure (which requires you to put her twin tails in and attach her to the stand), a fan book and a dvd. Included in the fan book is lots of stuff that I can only hope to one day read, because it's all in Japanese. One day I'll be able to read it all though, just you wait! Lots of cool little pictures and what even appears to be a small board game is in the book, along with a history of Vocaloids, popularity charts and secrets about each Vocaloid. 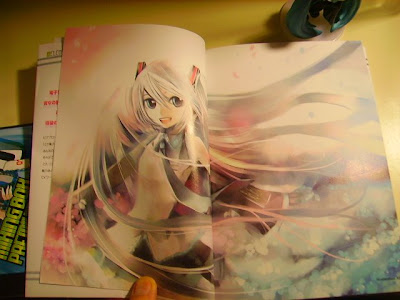 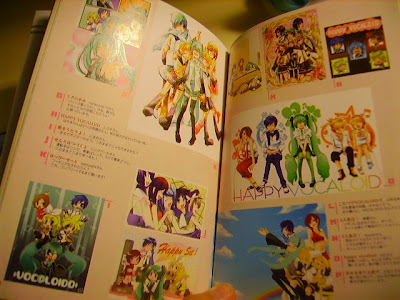 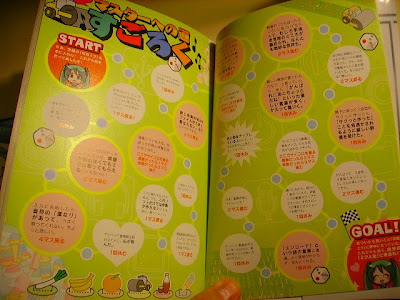 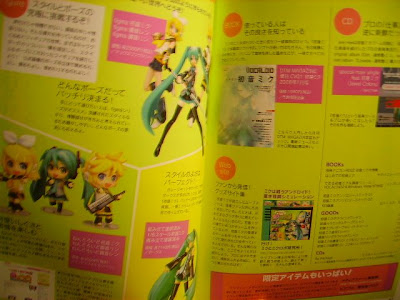 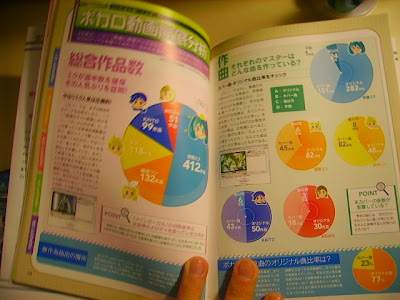 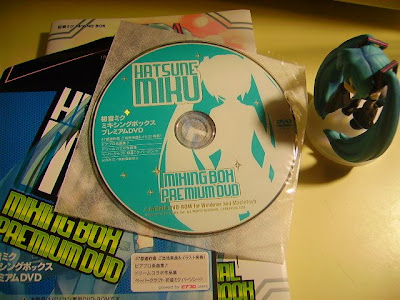 The DVD contains 5 videos (not 3d ones, but good nonetheless), a LOT of songs (didn't bother counting sorry), pictures of Miku and the other Vocaloids on an interactive map of Japan, and something I had anticipated, a papercraft Miku with stage, which I didn't realize would be on the DVD but thought it would come in sheets, so... I don't have a printer that works right now. Guess I'll have to take it to the print shop eh? BTW, if anyone is interested in the papercraft thing themself maybe I could email the pdf files to you. I will assemble the papercraft Miku eventually, once I get to a print shop and find the patience to do it, and when I do I'll put it up here for everyone to see. Oh yeah and the figure is made by Yujin. 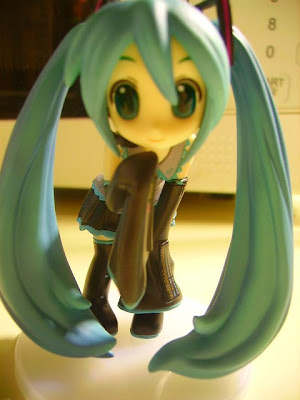 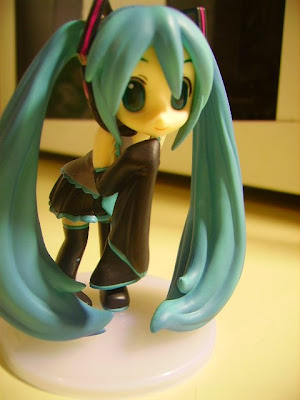 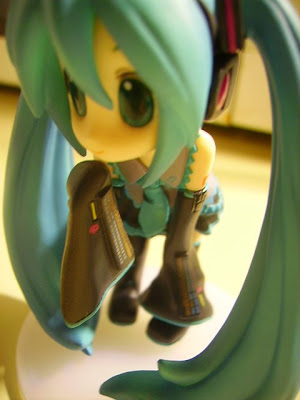 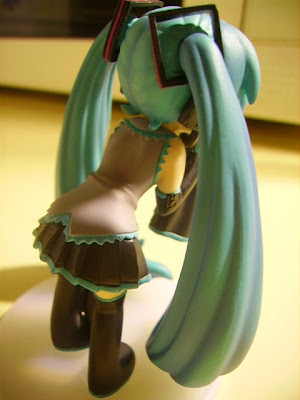 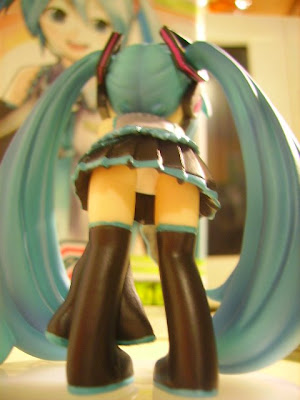 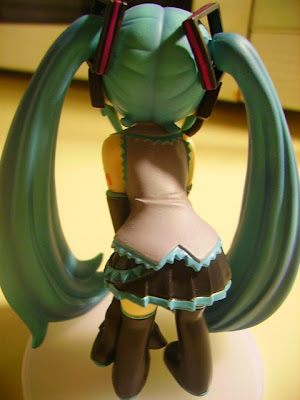 2nd to last shot simply because I know someone will ask for it. Anyways, I recommend this Hastune Miku Mixing Box to anyone who is a complete Miku fanatic (like me) and especially to those who can read Japanese, because you'd get more out of it than me (for now).
Posted by Persocom at 9:08 PM

I remember seeing this box at Kinokuniya. The Miku figure is interesting and was surprisingly heavy compared to what I expected it to be.

That Miku is cute. By the way did you see my previous comment about Team Blue?

Wow.. Now you have it too.. I am missing out on all the greatness that comes with the mixing box..

I wish I have more money to purchase this.. This is soo cool... xD

How are the tunes? I never actually listened to any vocaloid remixes.

I'm just a casual fan of Vocaloid. i admire Miku's character design quite a bit.

ah yes it's indeed a cute miku figure with the long sleeve.

Panther - Yes and I'm going to work on updating my team blogroll and try to go to the IRC more often, I have it bookmarked

Len Vesper - I could send you some perhaps, I won't tell you how they are but let you judge for yourself, people have varying musical interests and whenever I say something is good in the past I find often I'm left alone XD

Yes hun, I know, Saber dolfie, is just a dream in these eyes of mine,
but, I love the Miku mixing box and little mini Miku rocks!:P SHE'S MINE,I SAY!!:P:P

nice, I was about want to buy something about miku. Are songs they included good?

Wow, looking at the number of stuffs in that bundle ... How much damage did your wallet took ?

Kozta-Boom: The songs are good I think, there's enough of them that there's a decent mix, I suppose it all depends on your general tastes in music.

Silencer: It took a blow for about $49.80 with the shipping included, product itself was $42 I'll try and keep the prices included in my posts from now on ^^

I WANT THAT MIKU!!! Thats the one I saw before and thought 'Kawaiiiii' straight off. More so than usual! Probly cos of the oversized sleeves lol. Auuuu so cute....

I would highly appreciate it if you could send the papercraft pdf to me, my email is on my profile