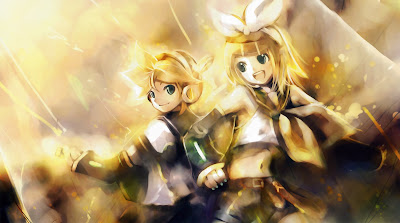 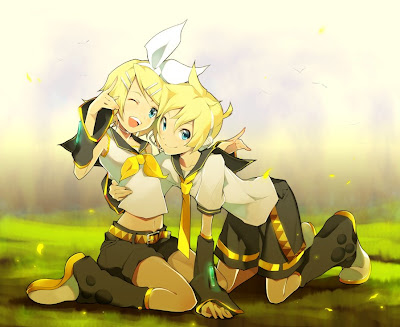 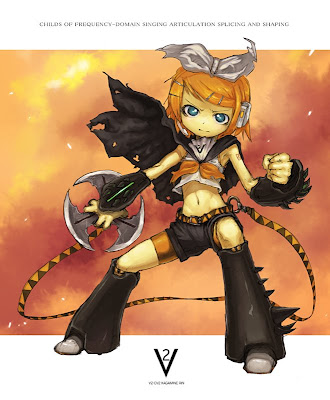 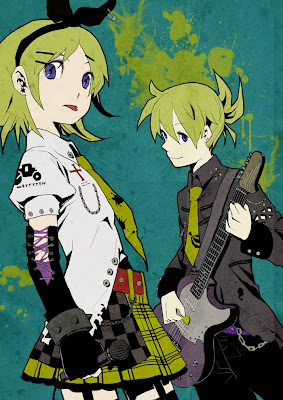 Hello again everyone who may stumble across my blog. I know I've been away from the blogosphere for a good 2 weeks or so. The truth is, I really haven't had much to post about lately. Things have been very slow, and the current world economy is eating at my spending budget. I've been on the borderline of canceling orders, which is something I don't like doing. There's been a fair amount of figure delays lately too, and I'm kind of annoyed with it but I guess these things happen. Currently waiting for the release of Rin & Len Kagamine Figmas, and since they should be out real soon I decided I'd take this time to share a trilogy of videos that tells a tragic story that I find very interesting. These are three of my favorite Rin & Len videos. Watch them in order to follow the story, but the first two videos can be played either one first technically.

There are a couple different versions of the videos but I wanted to show some with english lyrics included. Here's a few more videos from the Kagamine twins that I like. I'm excluding one of their biggest songs Kokoro because almost everyone has seen and heard it by now. 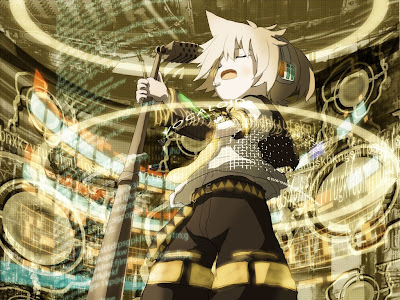 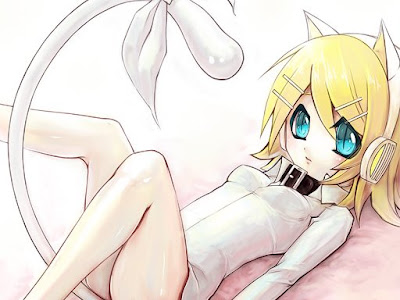 Hope you enjoy the pictures and videos. I honestly don't remember where the pictures came from because I have loads of them saved on my computer, but I'd say most likely Piapro or the usual suspect gelbooru. As always click the pictures for higher resolution. 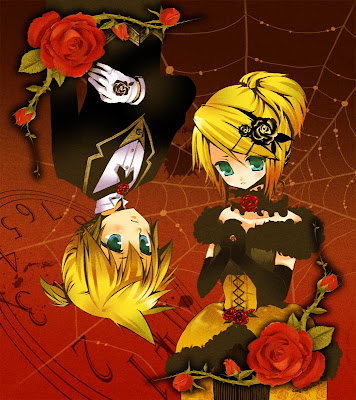 Two of my favorite from there, 'Servant of Evil' and 'Gekokujou'
Really addicted to it, especially 'Gekokujou' and recently found out MEIKO version which is also nice! Especially the chibi Meiko :P

Welcome back to the scene. Thanks for posting all of this. We recently did a somewhat "Aku no Musume" thing for the halloween dance. You can see pics at my blog.

The tech/retro image is the WIN!!!

Btw, while u were away, I moved to a new blog site.
Plz update my link to The dis-jointedzone on ur blogroll.
Thanks. :3

I really like the last pic. Did you order the nendoroid Rin and Len? For some reason I think they look better than the figmas.

I didn't order these 2 because I only like Miku out of the vocaloid series :P

@ acesan - no I didn't order the nendoroids, because I have yet to own a nendoroid and I'm waiting for Miku's 3rd wave(?) in December, pre-ordered her a while back to be my first nendo, and somehow I wouldn't want any other nendo first XD

That's a whole lot of vocoloid twins, didn't even know there was so much lol. Thanks for showing me their fandom ^^.

I love the Vocaloid character designs but I must admit I'm a bit overwhelmed by the fanatic fanbase these characters have.

Also don't worry. The economy combined with upcoming holidays got my figure budget axed as well. I muct have cancelled at least 10 things, most of which ended up being pricey Alter figures, nendoroids, and figmas.