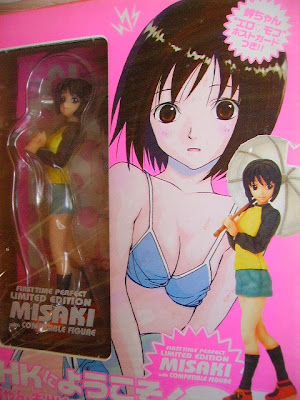 Dame ningen, Welcome to the N.H.K! 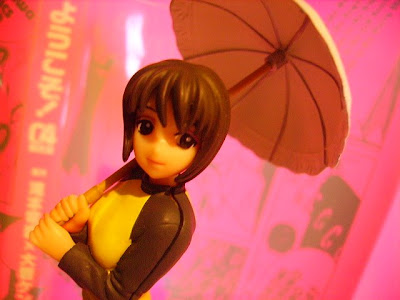 I finally got one of my most-wanted figures. I just posted earlier this month about 3 figures on my must-get list. One got pre-ordered, one I still need to figure out how to acquire, but this one I managed to find by accident, or is it coincidence? Anyways, I was looking around Ebay for something non-figure related and just decided to type in Misaki for the hell of it. I've looked for this figure many places and many times before with no luck, but this time I found someone selling it. I needn't say I payed much more than the figure is worth, so this could be considered a purely blind figure purchase simply for my own pride and joy and not looking towards value or even quality. Misaki Nakahara from Welcome to the N.H.K. This is the only known figure from this series, and it's a limited edition figure that came with Volume 04 of the original Japanese manga. The original price for the figure/manga in 2005 was 1,800 Yen. I'm not sure just how limited she is but I know it took me a while to manage to find her, and I'm proud to finally have her in my possession. 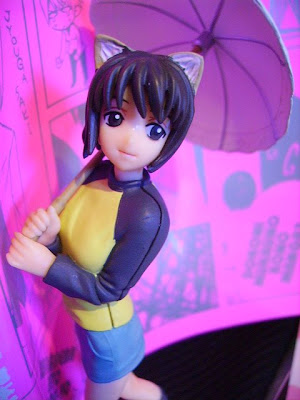 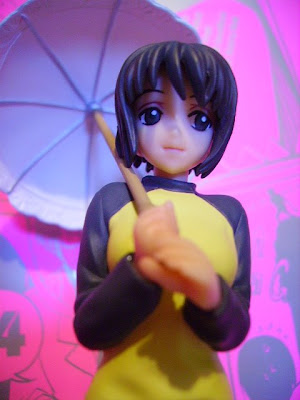 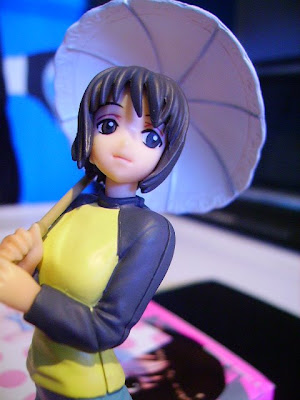 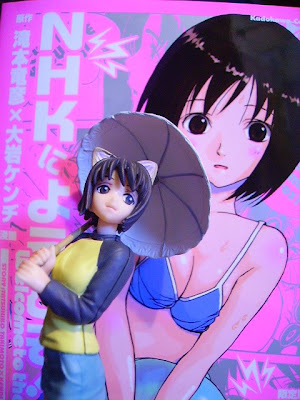 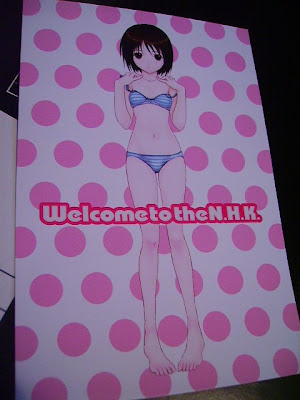 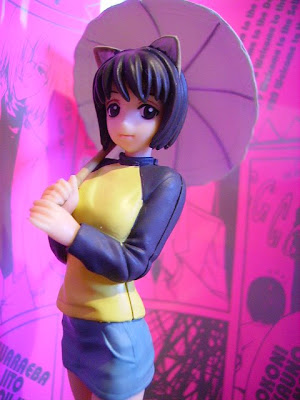 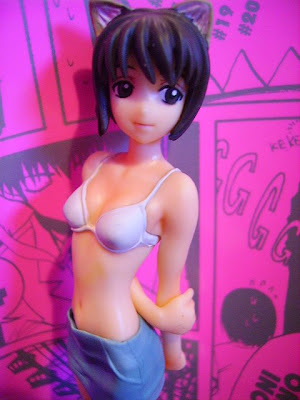 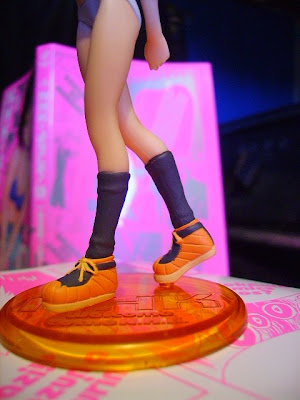 Considering she was released in 2005, before I even became a figure collector, I can't really compare her to other figures from those days. I bought the Welcome to the N.H.K. book a while back and watched the anime series and it's one of my personal top 10 anime. Back to my purchase though. I bought from a seller in Japan, and I received my order via EMS (I'm impatient enough to spend a bit more for shipping), unopened and packaged nicely. I was a bit surprised at the size of the figure, as she's a bit smaller than I expected, but I don't mind at all. The manga came in the box and has a nice cover (which I used for my background shots). Her cast off feature does show like most of those type, with a crack that is obvious, and I think especially so since the figure is older it's more noticeable. It doesn't bother me in this particular case. Misaki comes with 2 arms for when she's in cast off mode, an umbrella (in two parts), an extra hair piece with nekomimi, a postcard and the manga. As a N.H.K. fan I'm quite happy with my purchase, even though I'm a total baka and spent more than I should have. This is probably the last figure post you'll be seeing this month, but I do have one more impulse buy that should have been here by now. 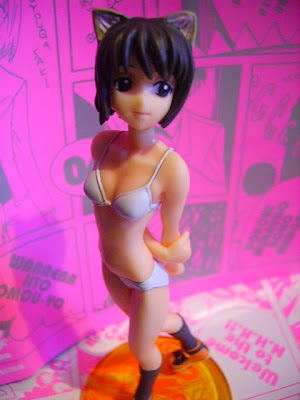 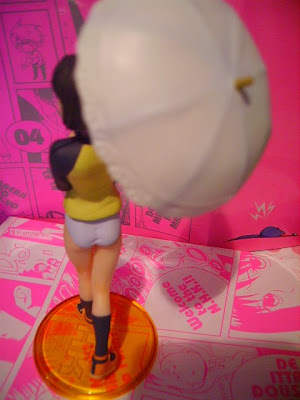 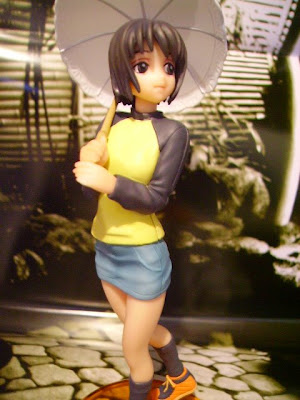 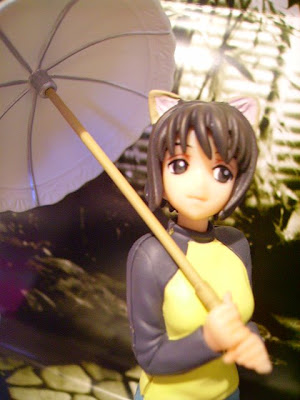 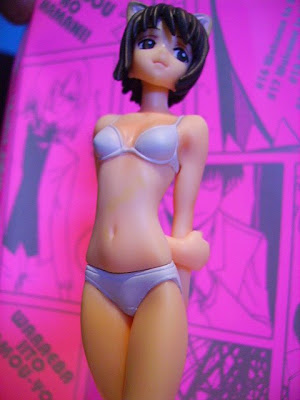 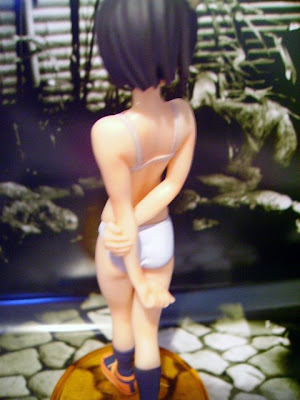 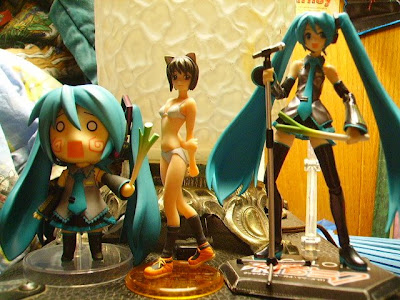 A size comparison to Nendoroid/Figma so you can get an idea of how big she is.
If you haven't seen the anime, read the manga or the light novel, I can highly recommend you take the time to check one or all of them out. Perhaps it's not everyone's cup of sugar but I fell in love with all versions of this story. The original author of the book is Tatsuhiko Takimoto. I'll throw in the videos to the opening and ending songs just for good measure.

Welcome to the N.H.K. is one of my favorite manga series, how tall is the Misaki figure?

I'll add up a size comparison picture at the end since I don't have a ruler handy.

Nice figure i love everything that have a neco mimi.Welcome to the N.H.K is a good anime?

Nice! Mini cast off! lol I thought she was bigger from the pic on your member news lol. Shudda known since she was included with a volume of manga hehe.

And btw... DO IT DO IT DO IT DO IT DO IT!!! (You won't regret it... I know a place you can get Makoto too, though she costs more, but its less than you'd pay for her on ebay.) (I had a friend who talks me into buying whatever I want.... so I'm doing the same for you, is devil's advocate the phrase? lol)

Indeed, it's great to obtain a hard-to-get figure. For an item that came with the manga, it looks excellent. She's even cast-off-able, plus the nekomimi! Good buy :).

And Welcome to the N.H.K was awesome. Crazy and weird first episode though.

To be honest, I'm not too flash-hot about that figure...nonetheless, given how awesome N.H.K was, it's probably worth it =D

wow, congratulations :) i also like NHK :D it 's a nice story

a bonus figure from manga size usually the same as gashpon :D

but still, they're nice for their sizes [better than normal gashapon]

^^ looks like i couldn't help much. Haven't went over to find due to the festive season over here.. but glad you got it already ^^

Ohhh nice found! She looks quite nice, I'm not a big fan of hers though but I found the anime really good. xD

Hmm, from the pics, she looks slightly larger than gashapons and trading figure. I guess she's in 1/12 to 1/10 scale.
Watched the animu but not the novel. Maybe she's more to novel illustration than anime.

I like the figure because of her neko ears. ^_^

Lightosan - Give it a watch, maybe 3-4 episodes and judge for yourself ^^

meimi132 - very tempted to do so, we'll see what happens when the money is in my hands XD

konadora - it'd have been even crazier if they directly followed the novel.

Snark - I do feel she was worth it personally, though I didn't think people would like her all that much because she is quite old and not up to standards.

vixion - I've yet to own any gashapon, but my first set is in the mail so I'll be able to experience the size difference first-hand ^^

pp - the thought is what really counts, I do thank you for considering me, I was going to hold out and see what happened but when I saw her right in front of me I couldn't resist temptation, I'm bad XD

kazearashi - she didn't have quite enough character development and story in the anime, so it's not strange to not care for her. something about her appeals to me though.

ejump - yeah I think she fits the novel slightly better. I think the main difference is the hair.

Theres no need to regret this decision.After all its one of your most wanted figures.

limited get ftw ^_^ nice that you were able to find her so many years after release!

i got volume 1 of the manga sitting on my shelf but haven't started it yet ;_;

Nice figure i love everything

A much nicer figure than I expected. The only one I've seen in the past few months has been on ebay for over $100. You have no idea how jealous I am.