Here she is, one of my most highly anticipated figmas. First off I have to say she's probably the highest quality figma I own so far. The paintwork is just awesome, her hair pieces and face fit perfectly, the stand fits in her back and everything is just great. Her boots are nice and glossy and smooth. Her hair is much better than I thought it would be, using figma joints giving it almost infinite rotation possibilities. 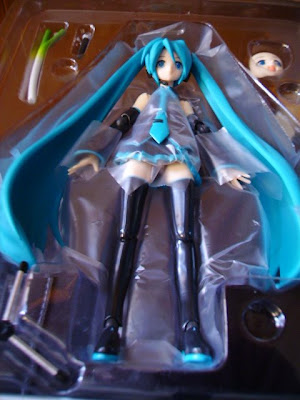 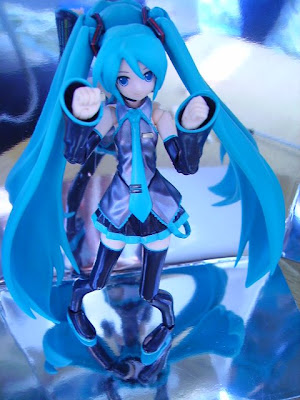 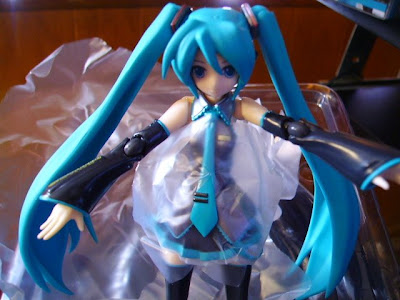 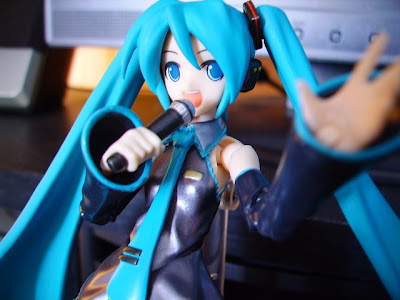 So really I don't have a lot to say about her except if you like Miku I highly suggest this figure, or if you like figmas, this is a pure win figure. If I had to say one thing I dislike about her it's her mic stand, which came in two pieces, and I just don't see how she can hold it properly on the upper half, if anyone else that owns her figures it out without breaking it, if it's just mine that doesn't come apart or if it was made that way intentionally let me know. It's probably just me and being paranoid that I'll break it. Apparently her skirt is removable part way from pictures I saw on DannyChoo, but I haven't attempted yet because I don't want to hurt her. This is probably my most favorite of all my figmas now, can't wait till she gets joined by Rin and Len. Oh yeah, and in December I'm getting the nendoroid, so I'll definitely have to shoot the two versions together when the time comes. 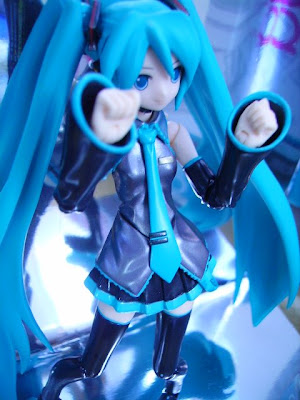 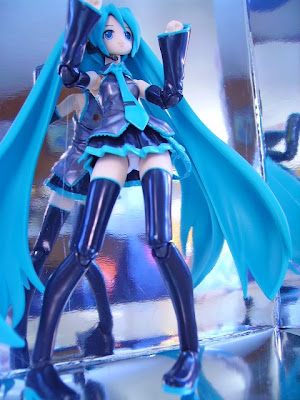 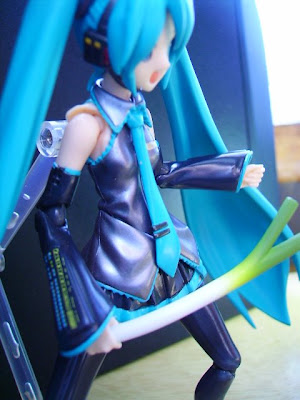 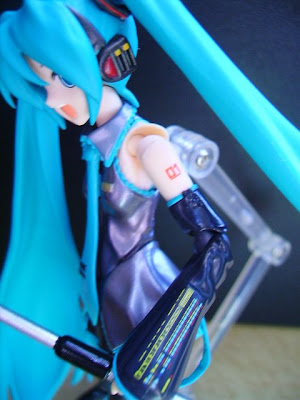 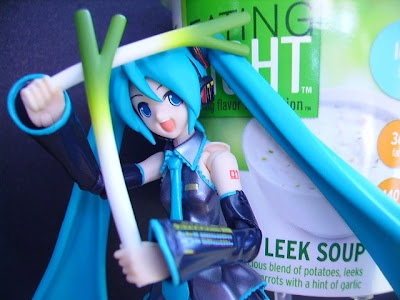 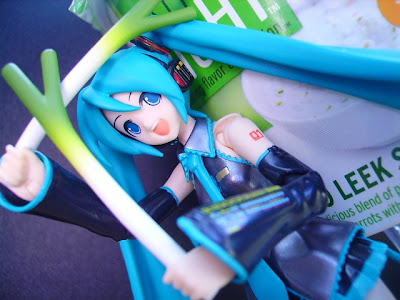 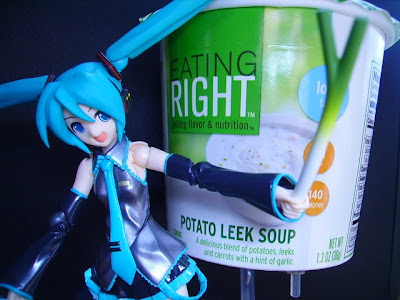 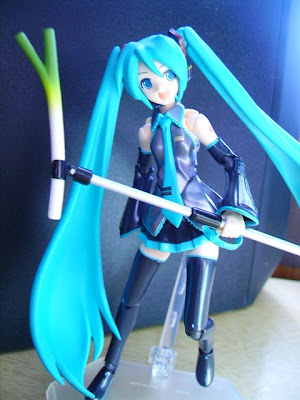 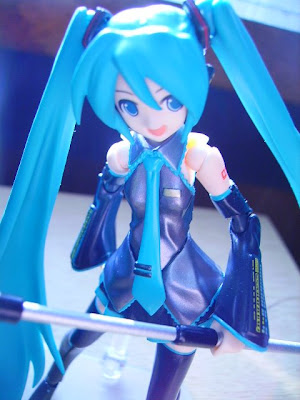 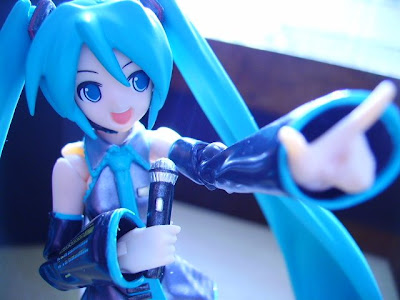 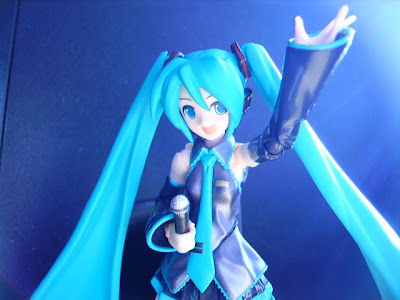 Wow, those are some nice shots of Figma Miku.. I have yet to review her but I need to post about Figma Tohsaka Rin first.. >_<

Anyway, may I ask what camera are you using to take those pictures? ^^

wow you got yours already, am so envious. ^^

Congratulations on getting her ^^
Nice pics as well!
The more I see Miku, the more I like her XD

It actually looks better than I thought. Saw Miku in Hong Kong but again like figma Fate it's going much higher than usual due to poor distribution. It's going pretty much at about 4000 Yen.

"Her hair is much better than I thought it would be, using figma joints giving it almost infinite rotation possibilities."

Anyways, I'm slowly falling to the power of Vocaloids. Need to grow some money.

She looks good but my recent figma experiences werent that great.Ill hope my next one will be better.

Some nice Shots in there! She likes Potato soup? XD

Nice photos. I can't wait to get her. Seeing every other person get her before me is making me jealous. >_<
My highest quality figma I have atm is skool uniform haruhi.

Awww you got Miku already !

I have seen like 4 Miku photo shoots in the past few days XD. This one is one of my favs to tell the truth. I really want to get her now.

And yeah figma Miku is easily the best quality out of all the figma I purchased so far.

@ fariz - it's a Vivitar ViviCam 3385 digital camera, nothing special at all really, I could use an upgrade.

@ q - I paid around 2261 yen at Hobby Search, but with the EMS shipping it raised the price considerably.

@ orange - the miku flight simulator came to mind when you said that.

@ optic - haruhi, yuki, saber and miku are the best quality of all my figmas so far.

thanks everyone for the comments, sorry i didn't respond until now I had a nice long reply made and then my power had a surge and net went down before I finished commenting.

Miku is the only Vocaloid figma I'm getting. Somehow I ended up pre-ordering Miku's PVC figure, the nendoroid, AND the figma (I promised myself I wouldn't order all3...what happened?). I'm pretty surprised at myself for ordering so much of a character I know nothing about beyond YouTube but I think she is a well designed character. I love her hair the best of all her features.