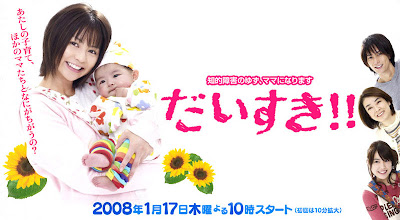 I'm going to post about something out of the usual this time. I'd like to talk a little about a j-drama that was broadcast between January and March of this year, that I started to watch on veoh. Well, I watched about 6 episodes there but I couldn't find them subbed after that, so for the longest time I couldn't complete the 10 episode series, until I decided to look elsewhere again recently for a torrent or anywhere I could stream it, and I managed to find one. 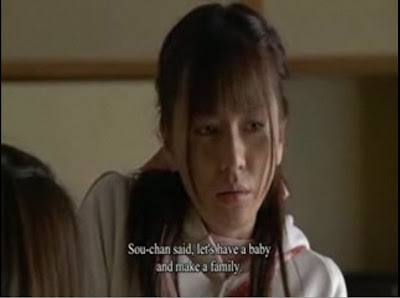 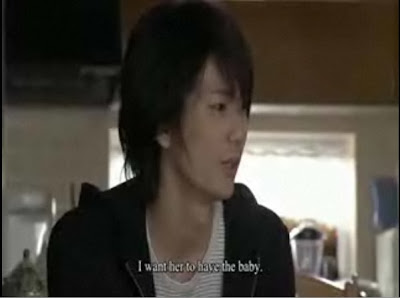 Daisuki!! which means "I Love You!!" in Japanese, is a drama tv series spanning ten 45 minute long episodes. It's about a 23 year old girl named Yuzu, who happens to be mentally disabled, having the mind of an 8 year old girl. She falls in love with a man named Sosuke, whom is also disabled. Little does her family know, but she is pregnant with his baby, and 5 months along at that. When Sosuke becomes the victim of a fatal accident, she is forced to tell her family about the pregnancy. Miyoko, her mother, is against her having the baby, but Yuzu is intent on keeping it and raising it as a responsible mother, despite her disability. She goes on to have her little baby girl, naming her Himawari, and the drama follows the lives of Yuzu and her family as Himawari gets older and goes to school. Yuzu is played by Nose Karina, who goes by the shorter name of Karina, who is an actress and model. Karina does a great job at playing the role of Yuzu, so much so that I'm interested in what other roles she's played. Maybe I'll post some pictures of her unrelated to this series, but for now I'd like to focus on Daisuki!! Another person who plays in this series that I recognized from the movie NANA (based on the anime of the same name) is Hiraoka Yuta. He plays Yuzu's brother. 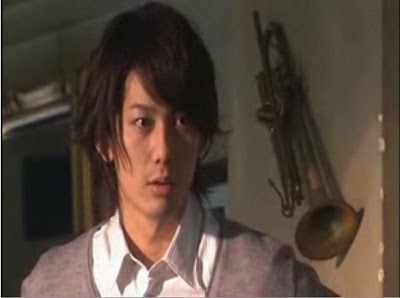 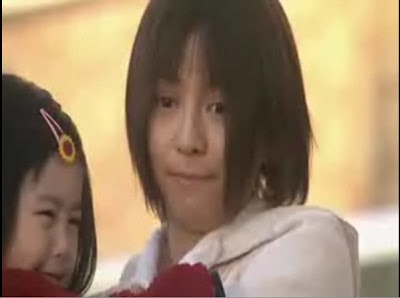 Perhaps you're not interested in drama, or j-drama, but I wanted to share this with everyone. I found it a very touching and heart-warming tv series that I enjoyed watching with my wife. As a father and a family man myself I can highly recommend it to anyone who may visit my blog. It might just be a hidden gem for you as well. 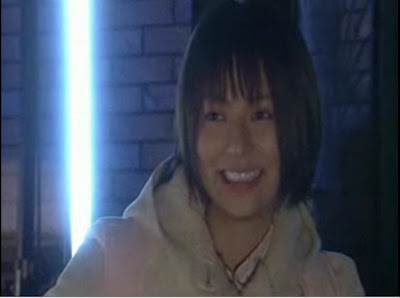 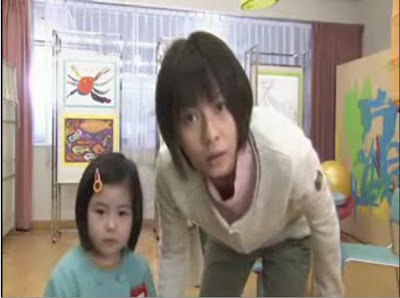 If you'd like to watch this series it's available to watch here, although broken into parts. If anyone knows a better place to watch it I'd love to know. If you do watch, I hope you enjoy! Remember this is a drama, so if you're not into drama you might want to stay away from this. 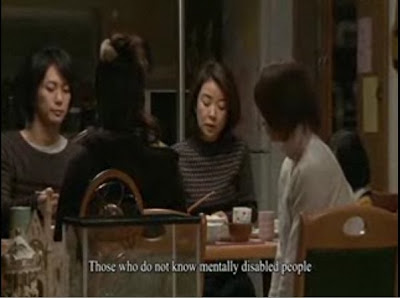 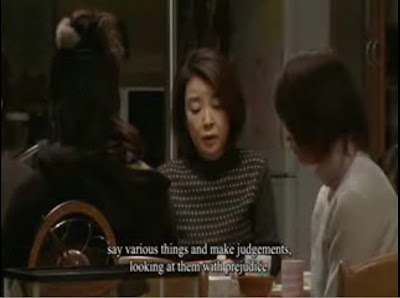 All screenshots were taken by me.
Posted by Persocom at 12:55 PM

Thanks for the post! I will definitely check it out since I love Japanese dramas!! interestingly, Yuzu looks like one of my friends...:)

I prefer watching anime nowadays... lol Maybe I should go and check out some good new dramas... xD

Hmm, I've been looking for more dramas to get ^^;
Though, need ot make time to watch them XD

i see english subtitles. i didn't knew there are fansubs groups doing subs for j-dramas as well.

I watch Japanese shows too!!!!
I currently watch a show called 33pun Tantei...funny show I say!!!