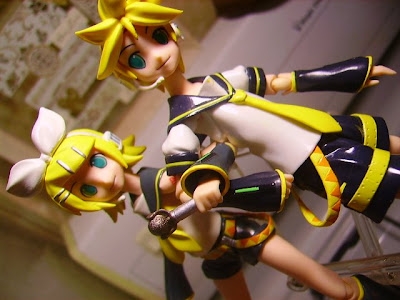 Now that I've done my reviews for Rin Kagamine, Len Kagamine and Miku Hatsune Figmas (whose individual reviews can be found by clicking the links), I can get all three of them together for group pictures. At first I thought about doing a "figma theater" type of post along the lines of what DannyChoo does sometimes, but I didn't really have a story in mind, nor was the lighting very good. Oh yeah, you probably notice the new color scheme, I was trying for something more seasonal and this is how it turned out. Hope it's not too much on the eyes. 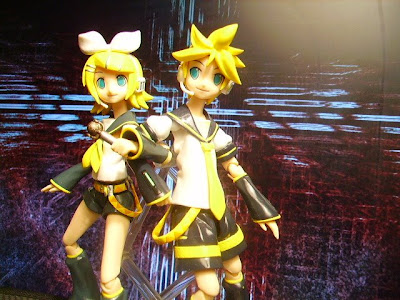 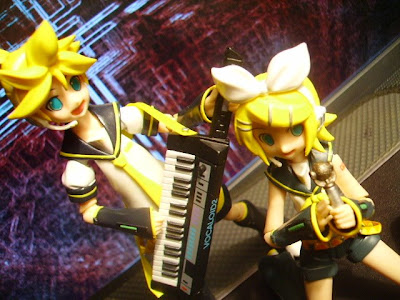 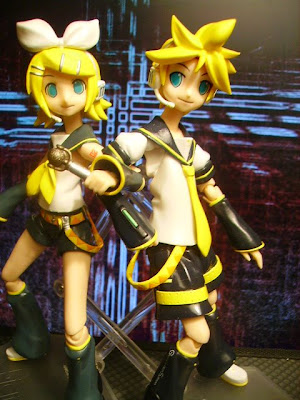 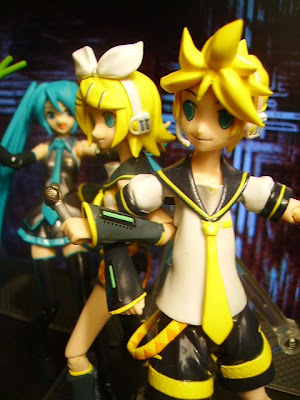 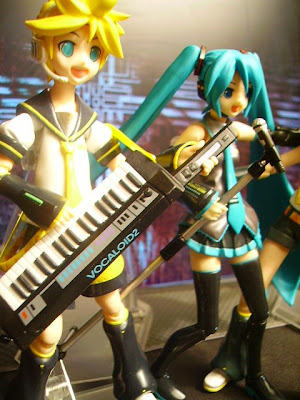 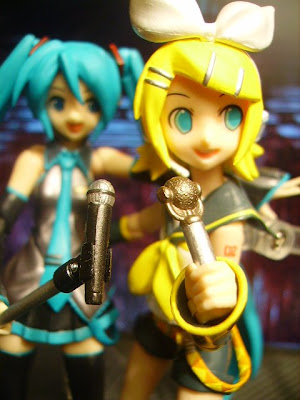 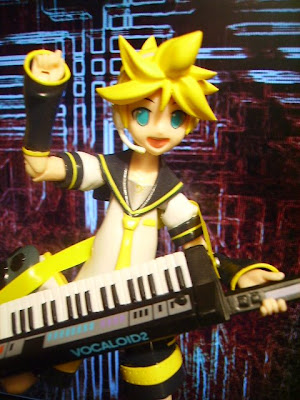 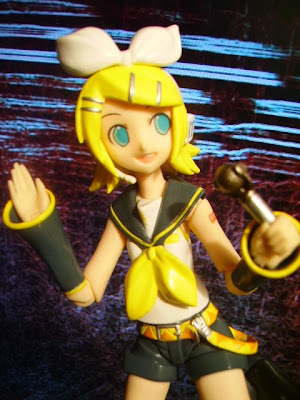 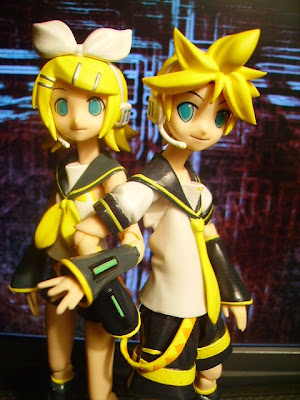 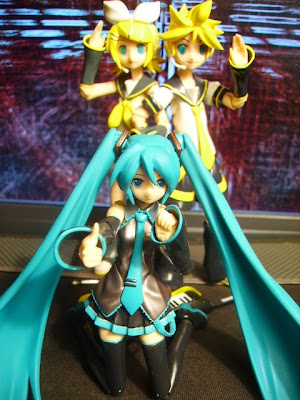 These three are an awesome addition to my Figma collection. I don't regret buying them in the least. They complete the Vocaloid2 Figma series so far, at least until the third (and yet unreleased or named) Vocaloid2 character is released, that is if they make a Figma of it. I would really like to see Meiko and Kaito made into Figmas. 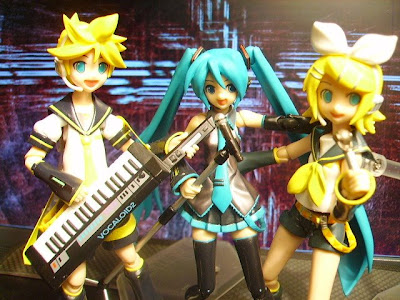 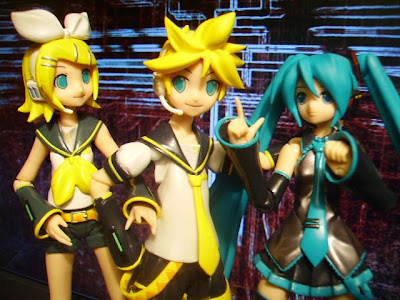 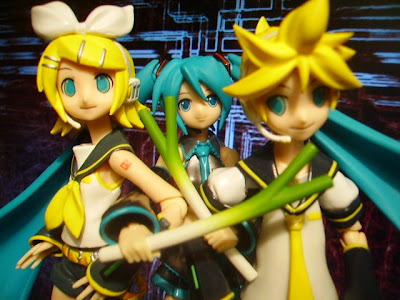 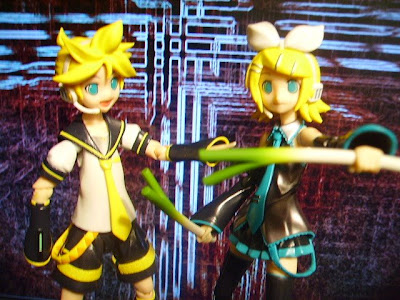 Forgive me for not really talking about the pictures in the post, but I already reviewed all three figures so there's not much more to be said. I had fun messing with them and swapping heads a bit as you can see. I thought about doing a story to go with them but I procrastinated too much and just decided to ramble a bit instead. 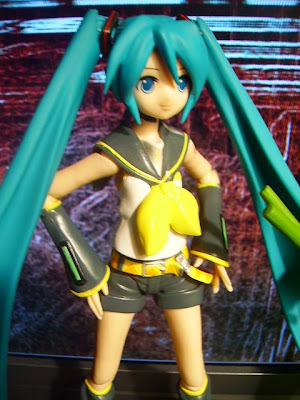 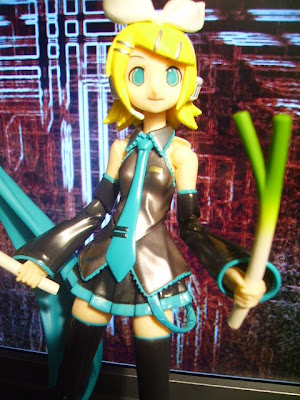 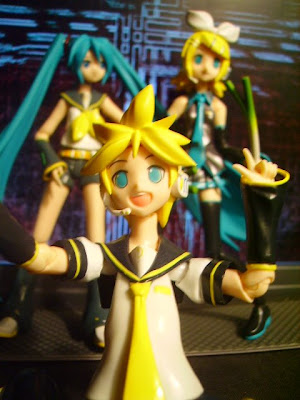 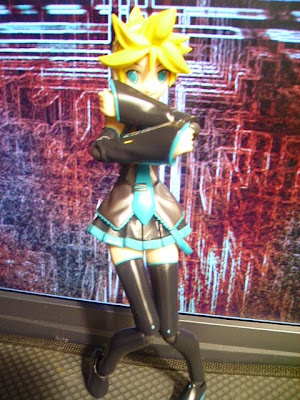 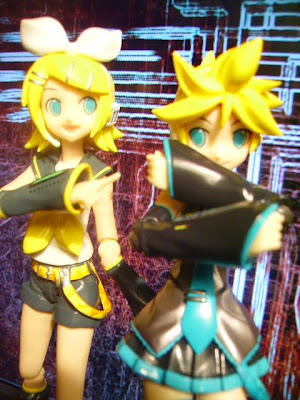 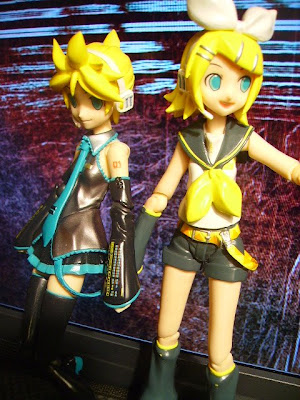 Poor Len. Don't pick on girls when they're swapping clothes or you might become a victim too. 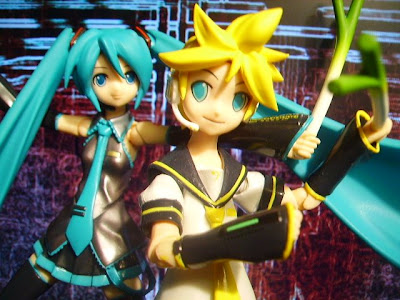 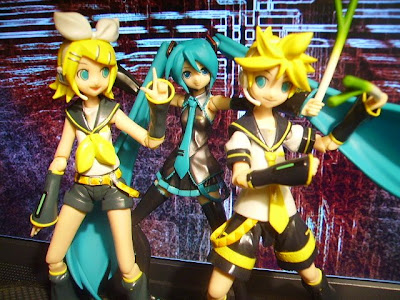 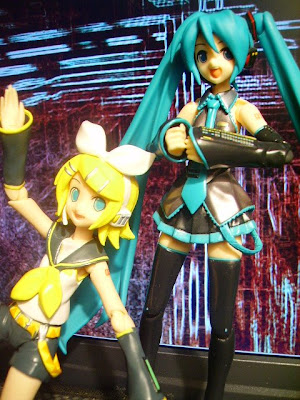 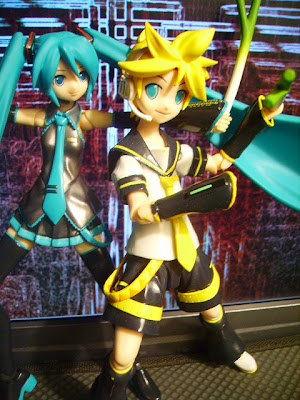 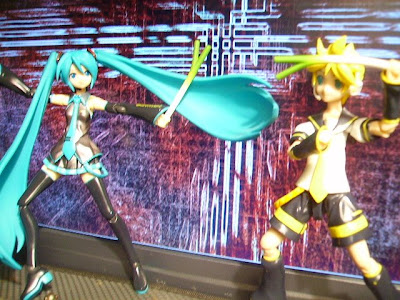 I'd like to thank everyone who's been reading my blog and for the new readers/viewers who have recently came here. I don't really celebrate my hit counter because it's rather innacurate, I already know a large number of hits are just me checking my page. Does anyone here know of a superior stat counter/hit counter that is free to use? Again I keep thinking about switching over to wordpress with my blog, perhaps I'll make a test blog over there and see how I like it. Also, if you aren't on my blogroll and would like to be, just let me know I'd be glad to add anyone that isn't there already. Some of you are there twice and I'll be fixing that soon, I got the Team Blue banners up-to-date as far as I know. I got more figure reviews on the way and I'll be sure to do more Figma group shots like this as well, expect a Lucky Star and Haruhi one this month. I also plan to review my first 3 figures that I only posted a couple pictures of but never did actual reviews. 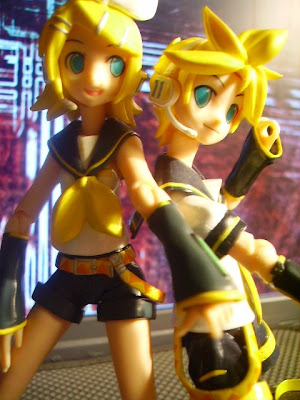 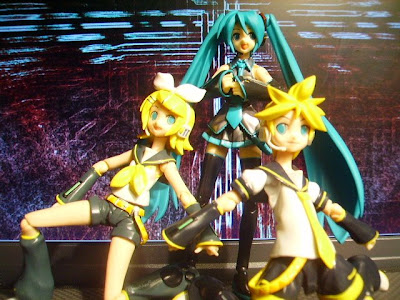 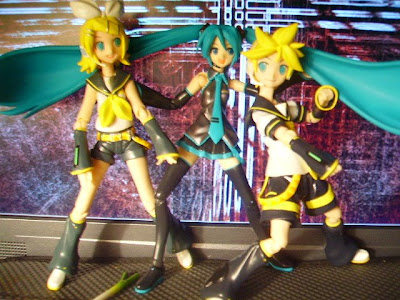 They look so adorable together >.<
Lovely photoshoot! Makes me want them even more now~

Poor Len.. getting picked on and going all Bridget-like T_T

Actually that would be disturbing.. ^^;

Looks nice together and you took some really nice pics ! :)

Hehe I hope I can get Rin and Len. The keytar is cute.

That's cute. Some of the shots made me smile.