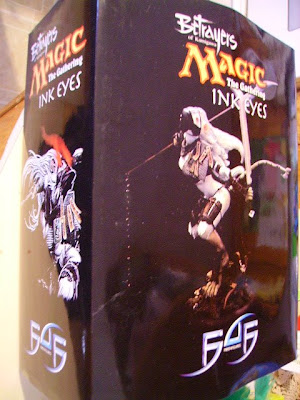 Based on an original illustration by Wayne Reynolds for a Magic: The Gathering card, Ink-Eyes Servant of the Oni - Limited Edition Resin Statue made by First4Figures was to be my first figure ever. A far stretch perhaps from the world of figure collecting which I immerse myself into today, this was an ode to my previous hobby during it's dying days. I've been into anime for a lot longer than I've been into figure collecting, but before I started buying figures I had other hobbies. Anyways, this post wasn't meant to talk about my past hobbies, but rather about this failure of a first figure. I'll save talking about MTG and how I feel about it now for another day. Today we're going to focus on Ink-Eyes, and why she, yes, she, is still hard for me to claim as my first figure. 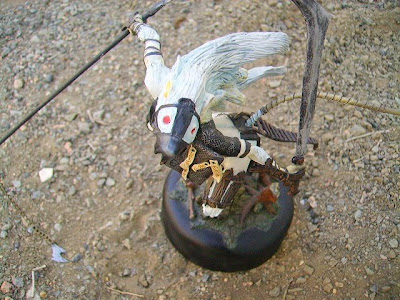 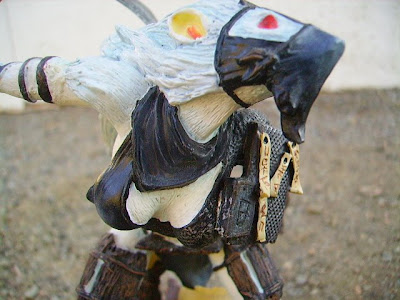 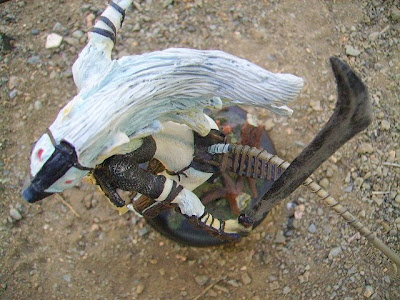 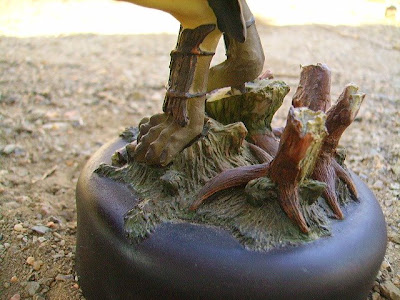 I had never owned a figure of any sort prior to buying Ink-Eyes. I'm not even sure what made me decide to buy her. Perhaps the cheap price, the gimmick of being limited edition with only 5,000 copies in the world, or the fact that I thought the artwork on the card was cool and having a statue of that artwork would be something I could boast about to my old MTG buddies. Well, no boasting ever happened, and for the longest time, until today mind you, she's been collecting dust on a high shelf where no one ever really notices her existence. I ordered her from CoolStuffInc.com for a measly $7.99, I couldn't believe how cheap she was because suggested retail price was $59.99. Boy, was I a sucker. The shipping and handling charge was around $10 and shipped via UPS. Is it just me or is UPS notorious for mishandling packages? Well, I've never had anything shipping via UPS since then. I was excited to get the package, and I opened it with the glee of a child opening a Christmas present. But, to my horror the figure arrived broken. Yes, during shipping, even inside Styrofoam, in a box within a box covered with more Styrofoam, her arm had been severed at the elbow. She came in pieces of course, which I didn't expect either. I had to insert her tail, sword, and other accessories. In the process of putting the sword in her hand, the sword from it's heaviness snapped, getting stuck inside. I messed with her a bit trying to get the piece that broke off inside out, before finally giving up. I was left disappointed. I learned a valuable lesson that day though... if a figure has an option to spend a few more dollars on insurance don't hesitate to do so. I thought about maybe buying another one and just trashing this one, but I was too bummed out about it to even bother. I almost vowed to stop attempting to collect figures in general. This is one of the reasons I never posted about her, I don't like to post negative things. I bought her months before I started blogging. Just today I finally broke out the super glue and fixed her broken arm, and attempted a temporary fix for the sword. 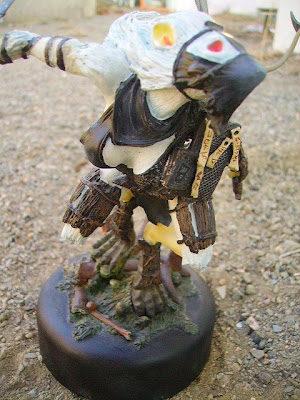 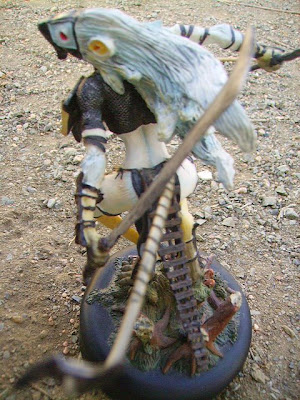 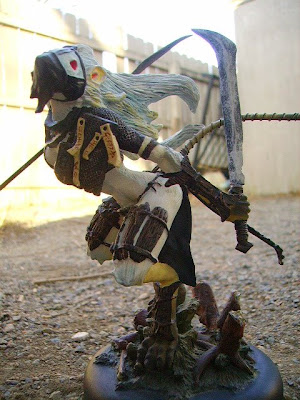 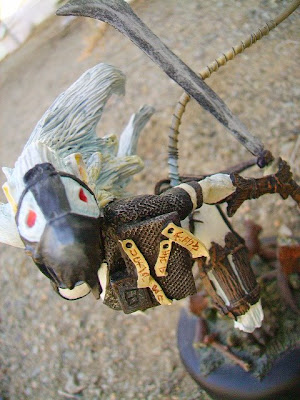 What saved me from giving up on figure collecting was the discovery of DannyChoo.com. Around the time that I bought Ink-Eyes I had taken up a large interest in Japan and Japanese culture and lifestyle, along with a reborn interest in anime. Ink-Eyes was to be the death of that part of my life where Magic: The Gathering reigned over all else. A new me was being built. Of course, during my lurking days at DannyChoo's site, I came across the one thing that would spawn a new hobby, which in turn led me to begin blogging: Figma. More on that in my next post. 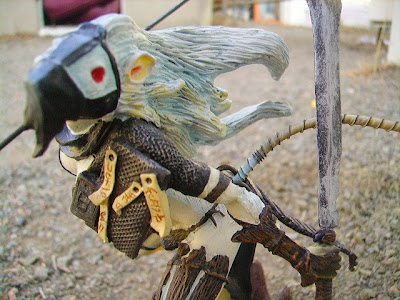 Perhaps, as an ode to her being my first figure, maybe some day I'll buy the other 4 MTG figures that were part of a set, but for now my eyes are set on better looking, higher quality figures from anime and manga that I love. 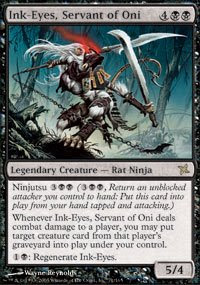 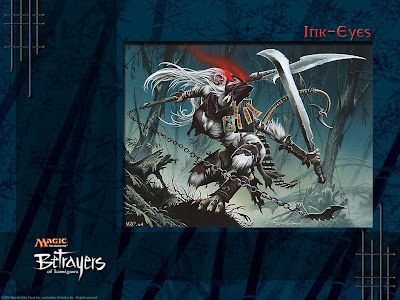 Next time I'll grace you with what I consider to by my true first figure.

By the way everyone, Happy Chinese/Lunar New Year! I decided to bring the Year of the Rat to a close with a figure related to such. Bring on the Year of the Ox!
Posted by Persocom at 4:19 PM

o.o Yes insurance is very important because if the figure or thing is broke they refund you the money.Glad that you can fix her arm she is a very nice figure.

that resin kit brings back memories of when I use to play magic: the gathering

WOW!!!!!
I used to love playing this game...
Well, the resin figure is good and the detail is really nice...I wouldn't mind having one...

wow magic cards, is it still around? used to be big in the 90s.

Lightosan - Yeah I feel better about the figure now that I fixed it up.

Otaku Dan - sometimes I break the cards out and play with my wife, or rare occasions.

Rin - Nice, there are actually 2 available yet at the same store, shockingly.

gordon - yup, still around and from what I hear it's going pretty strong.

i always like MTG Artworks but didn't know there is the figure :D

really want especially if they made the dragon

but i quess i like Jap PVC statue more :D

Sucks to hear that your first figure experience was ssuch a bad one!
If i recall right First4Figures are doing nowadays pretty awesome Metroid figures.Looks like their quality bumped up quite a bit