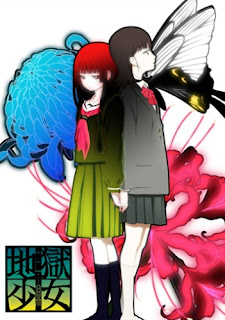 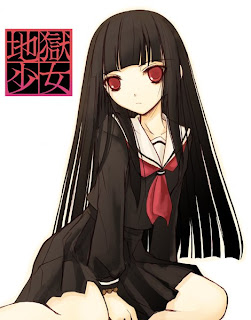 I've decided I need to stop procrastinating and get back to blogging. I've been trying to figure out just what it is that I want to focus on, and for the most part it's the figures I buy, but I can't do figure reviews and posts all the time, and I don't want everyone thinking I've given up blogging altogether. So I'm going to talk about anime I watch and enjoy between figure reviews. 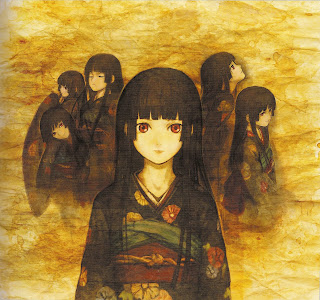 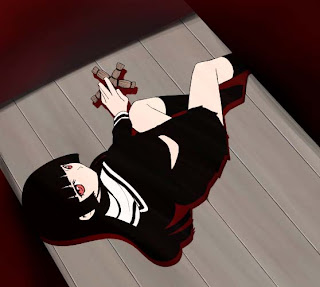 Anyways today I'll be posting about Jigoku Shoujo Mitsuganae. It's the third season of the Jigoku Shoujo franchise. It basically revolves around a girl name Enma Ai. I don't like to spoil things if people haven't seen them, so I'll do my best to explain without too much detail. In these series, there is a website that people have been accessing called Jigoku Tsushin or Hell Correspondence, where if you type someone's name that you carry a deep grudge against on the website at the strike of midnight the hell girl will come and take them away to hell. Basically Ai ferries people to hell after "killing" them various ways that usually suit them for the sins they've committed. To anyone watching any of the seasons for the first time you might be put off by the slow pace and repeated scenes like the process in where she explains the contract people go into when they decide they want to send someone to hell. But, about half way through the first and the second season the pace picks up and things get really good, or at least I think they did. She hands people a straw doll, taken form by her servants, who also have unique stories of their own. Throughout the first two seasons you get to witness Ai's story, how she became the hell girl and the stories of how her servants came to be. At first it might seem that it's just single self-contained episodes but things start to piece together slowly. Reoccurring characters and storylines that string together make the ride more interesting, and both the first and second season I believe finished quite nicely. This isn't an anime for everyone, and some might be quite creeped out by it. It's definitely a departure from moe, and if you're a fan of horror or mystery it might catch your interest. 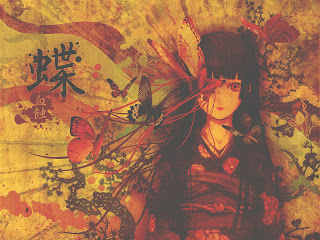 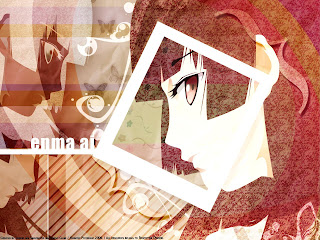 Apparently there is a live-action series of this anime, which I've considered buying after seeing a bit on youtube. Has anyone here watched it? Is it worth getting for a fan like me? Here's a little sample of it in case you haven't heard of it. 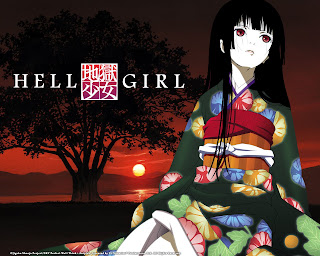 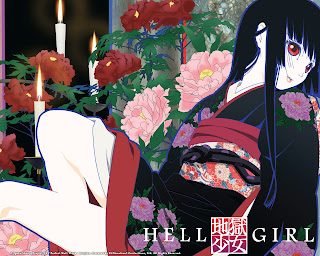 For the first 3 weeks that this anime was out, absolutely no one subbed it. I was disappointed, in fact I was pretty frustrated about it. I looked every day for that entire 3 weeks hoping I'd find a fansub somewhere. Eventually I gave in and watched the raw. Just recently someone finally picked it up, thanks Aero Subs! Now I'm satisfied because this was one of the most anticipated shows of this season to me. Enma Ai figure WANT. Now if they'd stop making fake nendoroids and make a decent figure of Ai in her kimono I'd be even more happy. Real nendo/pvc want. The Alter version I am still considering buying, but I'm still holding out and crossing my fingers for a kimono version. Well I just wanted to share a little bit about this, and just in case you didn't know it was finally being subbed it is! 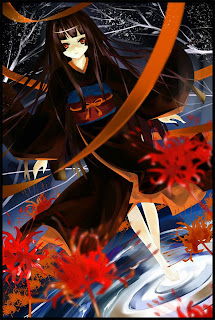 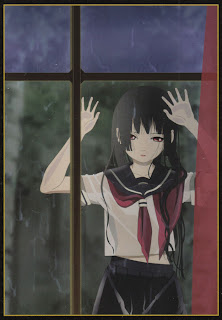 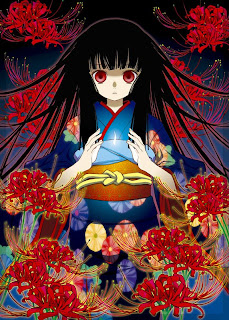 That's a passionate kiss from emma. Now u got me interested. lol
U should rule out Ayu not subbing it. It's likely they are taking their time or waiting for the DVD version to be release.
Anyway, I won't be starting it until i get back from my trip. ^^

I have only seen the first season and I liked it, I may get the DVDs.

Although the show is awesome I seem to find it difficult to get a subbed episode of Jigoku Shoujo Mitsuganae..

I will take my time and find them then.. Maybe I will get the DVD too.. ^^

I was watching the first season, but for some reason I got bored and dropped it half-way. It's too episodic in nature. Does the later seasons start giving you an overall story?

fariz asuka - if you look back through my post I linked to Aero Subs, where you can find the latest Mitsuganae episodes subbed. There are four of them currently.

Acesan - Yes, in actuality the first series picks up with an overall story during the second half, and the second season does an even better job, where events from one episode string into another and a whole town spirals downward.

My fav show ever , i'm really happy with the third season , if the story goes like i think , it's going to be awesome !

nice introduction! I watched season 1-2 haven't got to season 3 yet cos just too busy with work ^^;