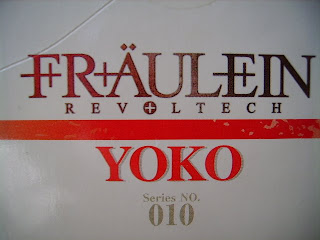 Fraulein Revoltech Yoko arrived at my door today, along with another figure I'll be reviewing next. This will be the second Revoltech figure I own, and the first Fraulein Revoltech. Yoko is from the anime Tengen Toppa Gurren Lagann. Some of these pictures feature the box to the Yoko Solid Mouse Pad (the oppai one), and the mouse pad itself. Both the mouse pad and the figure I bought from my favorite store, Hobby Search. As always it arrived in good condition and promptly. I had to have a little fun, hope you enjoy the pictures. Read on for the review and click on the pictures for higher resolution! 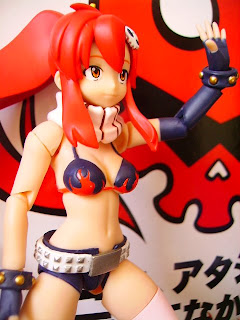 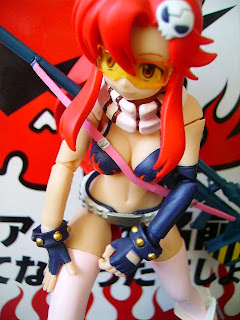 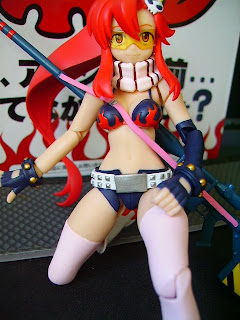 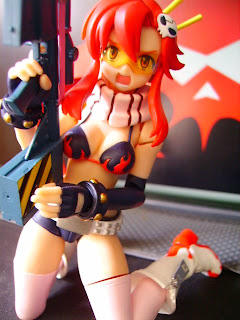 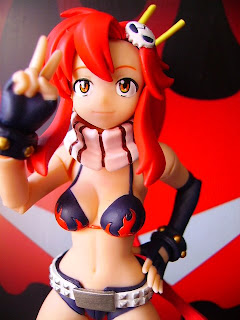 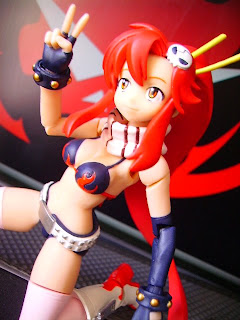 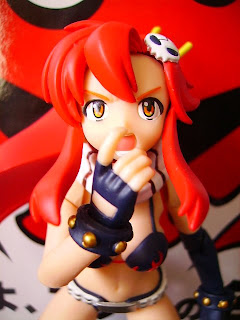 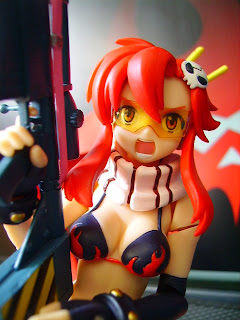 Alright, so the box for her was pretty tiny, smallest figure box I've gotten so far. Moving on to the actual figure though, she was just as I had expected her, well mostly. She comes with two faces, and two hair pieces, not four like a certain promo picture had shown before. Not that I'm complaining, I was just surprised. One hair piece that's normal and one with the glasses attached, and one angry and one normal face. One of the first things I'd like to point out about her, since I read some people weren't happy with the promo pictures being different from the actual figure, but I don't really see any difference besides the lighting. The lines on the bottom of her eyes aren't really an accident, as you can see from the mouse pad and it's box art, those are meant to be there. As a Revoltech figure her joints move a lot different than the Figmas, and I find it harder to pose them, and especially harder to use the stand. This stand is a lot better than my Revoltech Saber's stand, which was utter crap. Still though, I'm only using the stand for display, not for pictures. I don't like the rubber grip that goes around her waist in pictures and I don't like that her feet don't properly touch the base. Revoltech still has a bit further to go if they want to have bases that are top notch. It's not much of a complaint I suppose, but it's one thing that annoys me with Revoltech figures. Figma is pure win in the base department in comparison. 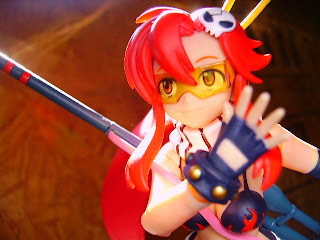 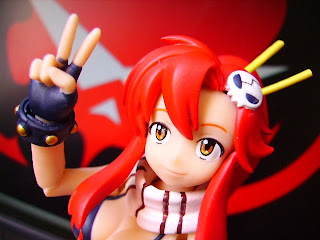 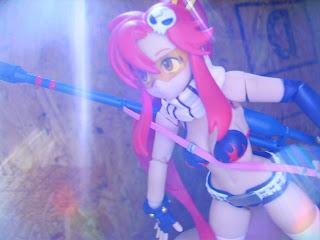 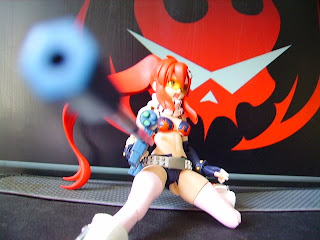 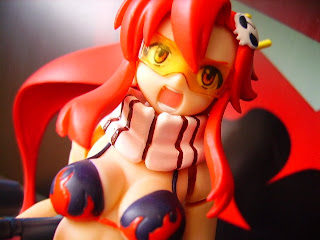 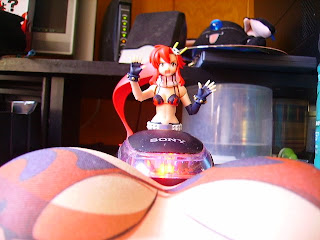 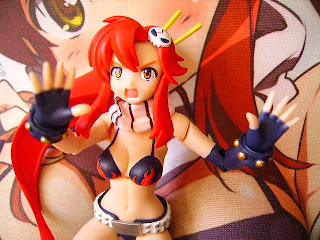 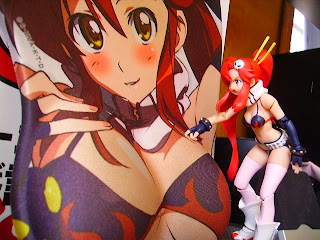 When I was switching Yoko's hands, her wrist bracelets dropped right off. I was lucky to find one of them, as I wasn't expecting them to fly off and roll on the floor... and right down a heat vent nearby. I managed to retrieve it, and thus learned a lesson with handling her. Before you change her hands, make sure you grip the bracelets, they are not part of the hands. I like the Revoltech joints in all places but the knees, as they seem a bit weaker there, at least in this figure's case. Her scarf is removable, not part of the head, and moves around pretty loosely. Her hair has a joint in it. The gun's scope is removable, and it comes with two stands. The pink strap on the gun borders on elastic but it's not, and it seemed to stretch a bit when I put the gun around her. She's all I could ask for in a Yoko figure, except that I wouldn't mind a little Boota to go with her like the Konami version figure. She came with extra hands I believe six of them. If there was ever anything Revoltech could do to make their figures better it would be to try harder with their bases, take a note from Figma and make a couple more joints in them. So there you have it, my Fraulein Revoltech Yoko review, hope you enjoy the pictures and maybe this will help you decide whether or not this is something you'll want to get or not. I'm happy with my purchase, the figure itself is great I just know they can do better on the bases. 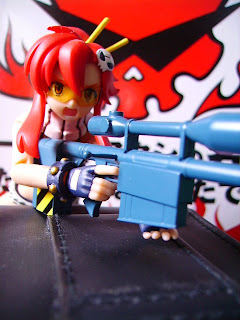 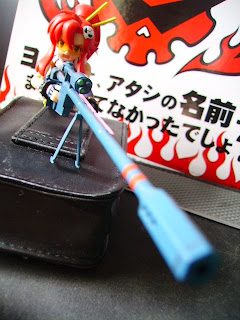 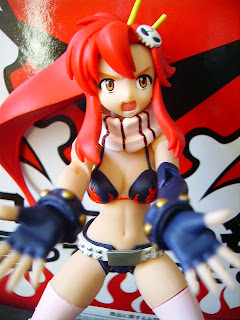 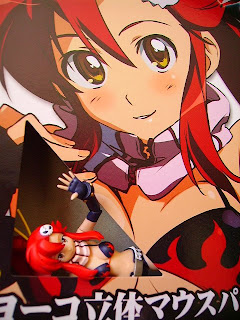 She doesn't actually look that bad, at least from a lot of posters from Danny Choo, that immediately bombed it.

In any case, I really like the angry face, with sunnies, and when I get mine next week (along with a HUGE loot haul), will be permanantly displaying in that config.

Anyway thx for the pix, feel better about my purchase now :P

I am actually rather happy with the Yoko purchase, I just have to get used to the joints in the arms mostly. All in all I love this figure and the normal complaints from people still don't sway me from the decision.:D

the oppai mousepad looks nice. i also heard a few times about Revoltech's baese. but i believe figma's base can be use for Revoltech (right?).

The Bases really arent that great but my Revoltechs are displayed without them anyway.What i really like about the Revoltechs is that they have alot sturdier feeling than the Figmas
Cant wait to get my Yoko

I was one of the people on DChoo that skipped Yoko after seeing her face. I don't think it's awful but it is a bit different then what I wanted. PLus if I want to afford one or more of the Alter Yoko figures coming out I'll want to cut figures out of my budget where I can.